Order before 10:30am Monday – Friday for same day dispatch 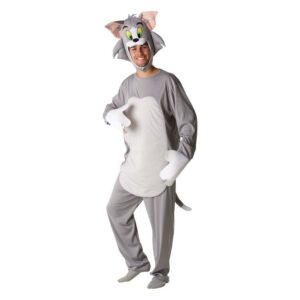 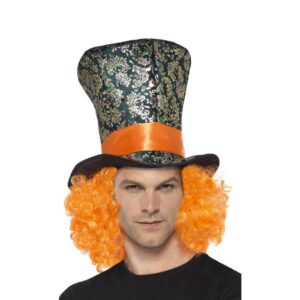 Only 9 items left in stock!

Bring out your refined and sophisticated side with this stylish vintage themed gentlemans Top Hat. A top hat (sometimes also known by the nickname “topper”) is a tall, flat-crowned, broad-brimmed hat, predominantly worn from the latter part of the 18th to the middle of the 20th century. Now, it is usually worn only with morning dress or white tie, in dressage, as servants’ or doormen’s livery, or as a fashion statement. The top hat is sometimes associated with the upper class, becoming a target for satirists and social critics. It was particularly used as a symbol of capitalism in cartoons in socialist and communist media, long after the headgear had been abandoned by those satirized. By the end of World War I, it had become a rarity, though it continued to be worn daily for formal wear, such as in London at various positions in the Bank of England and City stockbroking, or boys at some public schools.

This hat is made from a black, high quality felt material which is both sturdy and durable and features a black silk effect band. Perfect for smart and formal themed fancy dress costumes, particularly political, vintage and sophisticated outfits. A great addition for your fat controller, circus ringmaster and Slash themed costumes too!

There are no reviews yet.

Be the first to review “Top Hat” Cancel reply